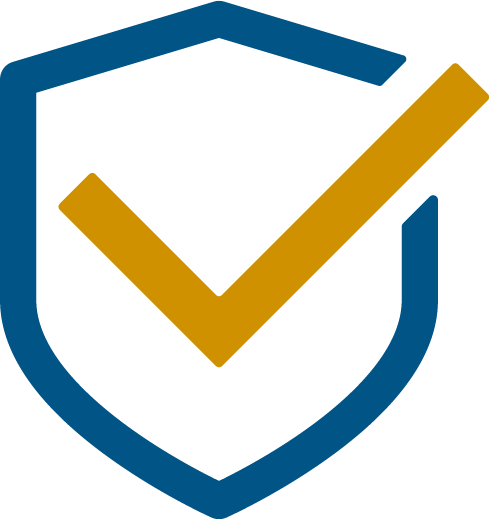 "Potential savings of CRP are assessed to be in the order of 6-20% of the power consumption with an average of 13%, although higher figures may be presented by industry for specific case"

Brunvolls core competence in propulsion and gearbox design has been utilised in this new series of the Contra Rotating Propulsion System -a combination of known technologies.

There is an "off the shelf" series of standard configurations consisting of 2 asynchronous electric motors and variable frequency drives, standardised gearboxes and propellers with predefined diameter and rpm, with BruCon Remote Control and Monitoring System.

Blade designs will be customised to the ship for optimum performance.

Brunvoll CRP may also be optionally configured for other extensive prime mover solutions, such as a combination of electric motors and any kind of combustion engines with or without shaft generators.

The Direct On-Line (DOL) starter consists of a contactor and a protection device such as a circuit breaker. The contactor is energized when the start button is pressed, and the full line voltage is connected to the motor. Motor is started with propeller in zero pitch position (IZP).

The star-delta starter method applies reduced voltage to the motor, thus reducing current, during startup. This method requires that both ends of motor winding terminals are available. When connected in star each winding has less voltage (1 / √3 ~ 60%), and thus will have reduced starting current and torque. When full speed is reached the motor is connected in delta, having full torque available. Propeller pitch can be increased, and load applied when motor is connected in delta. Motor is started with propeller in zero pitch position (IZP).

Auto-Transformer also applies reduced voltage in steps to the motor during startup. The transformer voltage ratio can be designed to the application, typically having a 50-70% motor voltage during startup. The motor consumes less current at a lower starting voltage. For example, with a 50% tap on the Auto-Transformer, the motor draws half its rated current, or about 25% of what it would draw with a DOL starter. Motor is started with propeller in zero pitch position (IZP).

Reduced starting torque.
Based on electronics

An electronic soft starter is a starting device that controls the way electricity is provided to the motor by using active switching devices such as thyristors. The device works in both in-line and in-delta configuration modes in three-phase motors.

This starting method is ramping up the motor voltage in the starting sequence resulting in a reduced start-up current, allowing for a smooth and surge-free increase in motor torque. The voltage dips, stress, and wear and tear on the mechanical parts are all reduced as a result. Due to the thyristors there will be harmonic distortion of the current, and the influence on system voltage will depend on starting current and system impedance. Motor is started with propeller in zero pitch position (IZP).

This is an electronic-controlled approach for starting asynchronous motors smoothly. It controls the frequency and current for the motor with electronics inverter circuits, avoiding large startup current. The thruster system's mechanical parts will be protected from high load because of the smooth start-up, and the this will also reduce the load on generators during startup compared to line-starter options. Depending on required performance torque and current may be below nominal values during startup. This is the high-end solution for the starting the thrusters, giving benefits such as smooth start, better energy economy, reduced wear and tear and process optimization.  Other benefits include motor speed stability during load changes and a longer motor life overall. Motor is started with propeller in zero pitch position (IZP).
‍
Frequency converter starters may have different interface towards the main switchboard where 6-pulse rectifier is the most common, but both 12/24 pulse and Active Frontend (AFE) are used.6-pulse starters are the most common type, widely used due to the compact design and availability.The disadvantage with the 6-pulse starter is the increased THD during startup, particularly in smaller power system with large thrusters this might be an issue.
‍
To mitigate the THD a 12 or 24 pulse transformer and rectifier may be chosen, typically used for larger thrusters in larger ships.
Frequency converter starters with active front end guarantees sinusoidal current and does not require a transformer. The AFE rectifier and LCL filter is more spacious than the 6-pulse rectifier and is suitable for high end solutions and ships with relatively small power system compared to thruster power.

Click the images to enlarge
Videos
No items found. 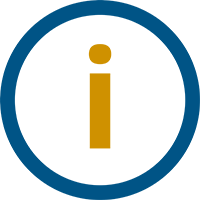 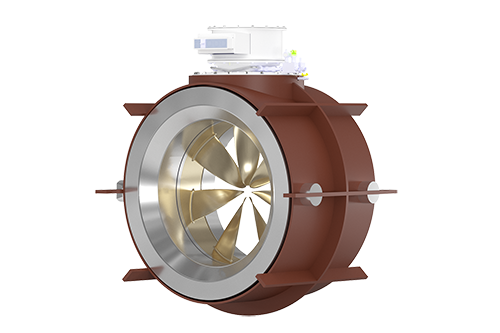 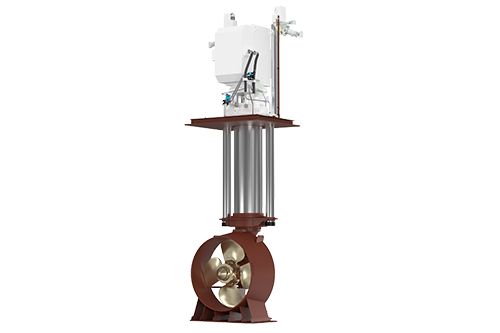 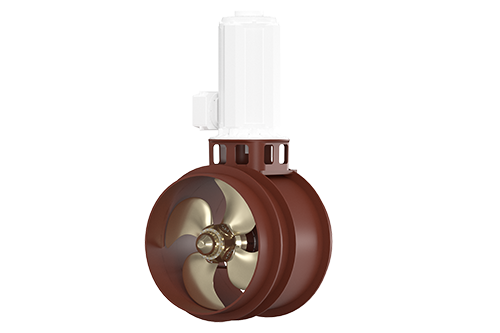 Brunvoll Tunnel Thrusters are designed for the most demanding requirements and are used on all types of vessels. 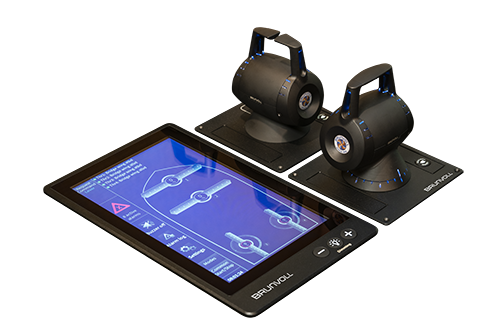 The Trusted Control, Alarm and Monitoring System from Brunvoll 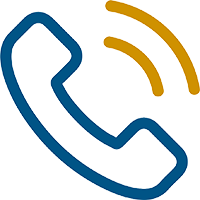 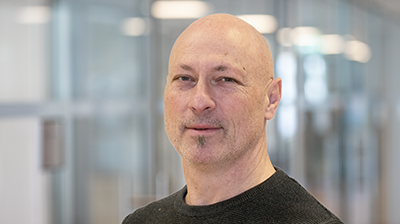 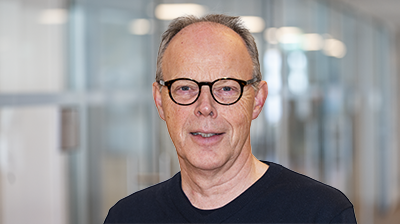 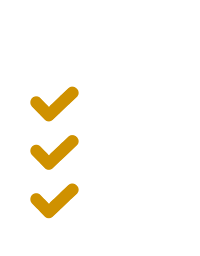 Curious about this product?

Request for information about our solutions, products and services